Elder abuse – the abuse, mistreatment and neglect of aged or aging people – is no less heinous and criminal than any other forms of abuse (child abuse, spousal abuse, etc). But unlike other forms of abuse, elder abuse is often concealed by the most-clever abusers and it is usually unreported by the abused victims, and for a variety of reasons.

Though law enforcement agencies nationwide are seeking better answers as how best to combat elder abuse and provide better information to their criminal investigation teams tasked with ferreting out elder abuse, perhaps one of the most effective means is through simple public information and a strong public awareness campaign.

The Elder Abuse Awareness Team is not an investigative arm of RCSD. Investigating crimes of elder abuse falls under the department’s Criminal Investigation Division. Instead, the Elder Abuse Awareness Team seeks to create greater awareness of what elder abuse is. What the symptoms are. What the warning signs are. And why the elderly, as a group, have unique vulnerabilities and susceptibilities to abuse.

These efforts are only the beginning of speaking engagements and additional articles slated throughout 2019 and beyond.

RCSD’s newfound more-aggressive approach to elder abuse is a based largely on Sheriff Leon Lott’s long-existing vision and mission to find better, more-effective ways to protect society’s most vulnerable citizens — albeit our “most treasured,” as he says.

“Seniors, in my estimation, are the heart of our community,” says Sheriff Lott. “We – both as law enforcement officers and the general public – must strengthen our resolve and commitment to preventing and eliminating the abuse of our elderly citizens, all of whom deserve to be loved, comforted, shielded from fear, and protected from harm.”

Elder abuse manifests itself in many ways. Physical abuse is one form of elder abuse, and it is often the most recognizable. There is also emotional abuse (browbeating, ridiculing, belittling, threatening, or generally frightening another person); mental abuse (upsetting someone to the point they become confused, or even “gaslighting,” in which the elderly victim is manipulated into believing he or she is overreacting so much so that he or she begins to question his or her own sanity); sexual abuse; financial abuse and exploitation (either taking money or guilting the victim into giving it up); neglect and abandonment.

According to the National Center on Elder Abuse, elder abuse may also be further categorized as domestic elder abuse – wherein the elderly person is victimized by someone with whom they have a special relationship (a child, friend, sibling, spouse, or caregiver) – and institutional elder abuse (usually in a nursing or assisted-living facility).

WARNING SIGNS, SYMPTOMS, AND THE NECESSITY OF A PROGRAM

Warning signs of elder abuse include:

As obvious as these signs and symptoms might seem, elder abuse is often hard to detect as the elderly victim will often become tight-lipped in order to avoid personal embarrassment (often stemming from either confusion or a recognition of their vulnerable nature) or to protect others.

Estimates show that only one-in-five or one-in-six cases of elder abuse are ever reported. Consequently, community-wide awareness of the problem is key. This awareness must be coupled with proactive and preventative approaches to elder abuse. The public needs to become more aware and better educated as to the problem, with more law-enforcement agencies perhaps taking a page from the RCSD playbook and working toward a greater understanding of what this societal scourge is and how we might better combat it. 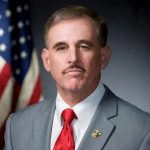 Back to All News & Blog

They Need Us. We Need You.

Receive our newsletter in your inbox.